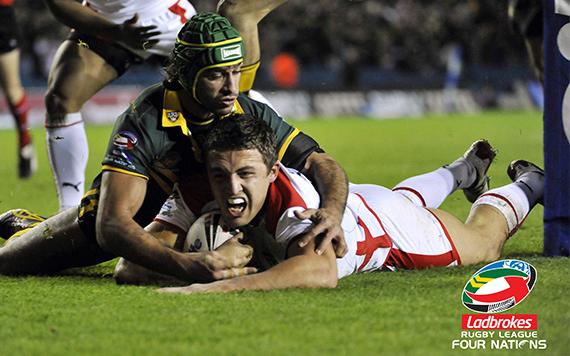 Captain Sam Burgess has expressed his determination to not only seal victory at London Stadium on Sunday, but use the showpiece fixture to grow the sport in the capital, and beyond.

â€œThe win is the first aim but itâ€™s really important we grow the game in the long term. We want to put on a good show in an iconic stadium in London,â€ he said.

â€œAustralia have been formidable for years.

â€œTheyâ€™re a great team. They deserve every bit of respect and praise. But my team deserves respect too. We believe we can match them on the big stage.â€

When England faced New Zealand at London Stadium in 2015, some 45,000 fans turned out in the capital to watch the match, and Burgess looks keen to hammer the message home, that Rugby League is a sport to be celebrated across the country.

â€œUnion is huge down there but itâ€™s England-Australia and I hope people come and support us in what I believe is the worldâ€™s best sport,â€ he added.

â€œWeâ€™ll have a real crack at victory because to beat Australia would be huge for the game in England.â€

Tickets are still available for Sunday's fixture at London Stadium. Click here to secure your seats...