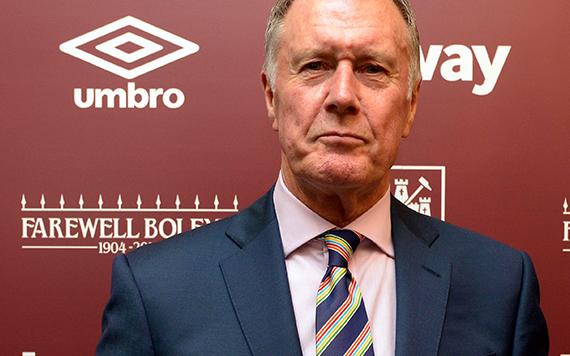 West Ham United legend Sir Geoff Hurst has hailed London Stadium as one of the best Stadia in the country, ahead of the Hammersâ€™ fixture against Tottenham Hotspur on Friday night.

The 1966 World Cup Winner has been a staunch supporter of the Hammersâ€™ move to Queen Elizabeth Olympic Park, and celebrated the fansâ€™ appetite for football in E20.

â€œIâ€™ve been saying for years â€“ the move to London Stadium is fantastic for the Club,â€ he said.

â€œThe big issue was always whether we would fill the new stadium, having had 35,000 at Upton Park, and that worry has proven unfounded â€“ we are getting nearly 60,000 every week.â€

West Ham face Tottenham Hotspur under the London Stadium floodlights on Friday night, with kickoff scheduled for 8pm and Mauricio Pochettinoâ€™s men arrive knowing that three points will further aid their title ambitions ahead of the bulk of the weekendâ€™s fixtures.

Hurst continued to add that throughout the 2017-18 Premier League season, London Stadium has gradually felt more and more like home to West Ham United and their fans, seeing an ever-improving atmosphere in line with better performances at E20.

â€œI know that some fans who go regularly have found it difficult to get used to the new surroundings and the differences with the Boleyn Ground,â€ he said.

â€œBut atmosphere is linked to the performance of the team. I was at the Southampton game earlier in the season when we lost 3-0, and the reaction to that would have been no different at Upton Park!â€

â€œItâ€™s one of the best stadiums in the country. If we improve the team, improve results and push on, I think it will be fantastic for us.â€