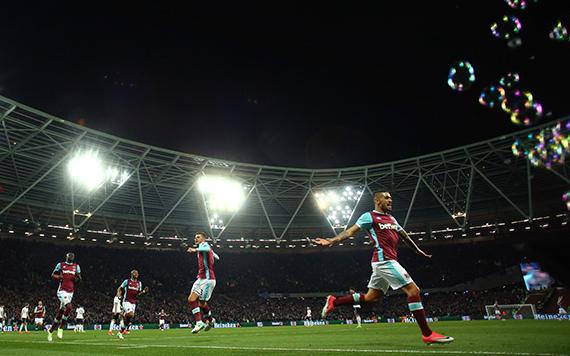 A Friday night London derby is next at London Stadium for West Ham United, against relegation threatened Fulham. After successive draws to start February, one with title chasing Liverpool, thereâ€™s hope of gaining three points on this occasion.

Manuel Pellegrini believes the atmosphere amongst the squad â€˜is goodâ€™ ahead of an important fixture for his team.

â€œThe mood of the squad is very good. I think it was very useful to go out for one week and for all of us to be together. I think in the last two games we played well and they were good results,â€ he said.

â€œWe went to Spain for four days to work hard, to have the group living together for 24 hours a day. That was good work, with some moments of relaxing together and now we will finish our preparations for this game by working for the complete week, so I think that was very useful.â€

The Hammers were 2-0 victors at Craven Cottage in the reverse back in December, but the Chilean boss doesnâ€™t underestimate the visitors who are desperate for points.

â€œI think Fridayâ€™s London derby with Fulham is a tricky game. Itâ€™s a team that must fight from now until the end of the season not to be relegated. Itâ€™s a team that brought a lot of good players this season and has a good manager,â€ said Pellegrini.

â€œSo, if we donâ€™t really do a very good game as we did against Liverpool and in the first 45 minutes against Crystal Palace, it will not be easy for our team to win the three points just because we are playing at home.

â€œSo, we need to be concentrated, have good pace from the beginning until the end of the game and try to give a good performance.â€

A key figure in deciding the result may be the return of Manuel Lanzini. The Argentinian has missed this season so far due to knee surgery, but is recovering well and could well be named in Fridayâ€™s squad.

â€œI think that seeing Manuel working during the last two weeks, for me I am confident that he will return in a very good shape because he is not afraid,â€ he said.

â€œ[He is the perfect player for us] not only in the way I like to play football. I think Manuel Lanzini for every manager would be a player that makes a difference.â€

In the Team news, Pellegrini has a wealth of options at his disposal now with Samir Nasri and Lanzini returning from injuries to be in contention for a return to the squad.

Whilst Andriy Yarmolenko and Jack Wilshere remain side-lined, the â€˜injectionâ€™ of flair into the team is a huge positive for the Hammers.

â€œYes, of course [it is good news], because in that position, all four playmakers who we have in our squad were injured â€“ Wilshere, Nasri, Yarmolenko and Lanzini â€“ so itâ€™s difficult for a team when you have so many players in the same position. So, the return of both of them will be a good injection for the squad.â€

Fulham are winless in their last nine trips to West Ham, as United aim to complete a double over the West London side for the first time since 2008/09.