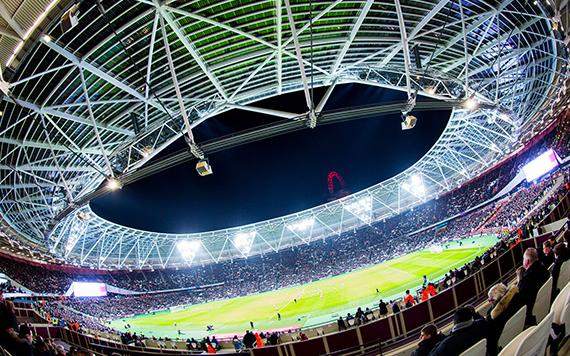 Friday night football returns to London Stadium for the first time in 2019 this evening, with West Ham playing host to Fulham (7:45pm KO).

Last time at the venue, the Hammers turned out one of their finest performances of the season so far, holding then-league leaders Liverpool to a 1-1 draw that the Hammers were unlucky not to have won. Having followed it up with a draw at Crystal Palace, a victory over their city rivals would help solidify their top-half standing in the Premier League.

Relegation-threatened Fulham have been beaten in their previous two outings, but will be eyeing a scalp at London Stadium this evening.

We'dÂ like to encourage all fans to arrive early for the fixture, and pay attention to the search regime in place for West Ham United matches here at London Stadium to ensure the best possible experience when visiting the venue.

Ahead of the fixture, weâ€™ve compiled some handy information to help you make the most of your trip to London Stadium.

Kickoff between West Ham United and Fulham is set for 7:45pm, with London Stadium opening the turnstiles for supporters 90 minutes ahead of the match, at 6:15pm.

Supporters can take advantage of early access drinks discounts inside London Stadium ahead of this match, with deals available for the first half hour until 6:45pm.Â

Hospitality guests for the fixture can enjoy entry to London Stadium via Entrance B on Podium level from 5.30pm.

As well as experiencing the drama and excitement of Premier League football, supporters visiting London Stadium for the fixture can enjoy a wider range of food and drink options than ever before.

Find out more about our new and improved offering hereâ€¦

After making quite the impression in our previous fixtures, we welcome back food with a Caribbean flavour, with Jerk Chicken, Caribbean Stew and more being offered by Grace Irie Eats at Kiosk 14 in Block 145.Â

The regime sees bag search checkpoints stationed directly adjacent to the bridges leading on to the stadium island, aÂ process has been used throughout London Stadiumâ€™s summer of concerts and world athletics and proved particularly successful in helping the flow of spectators to the stadium.

All tickets can be collected from the North Ticket Office at London Stadium, situated near bridge two. If you have any specific ticketing queries or questions, please visit the London Stadium ticket office, located on the south side of the venue on Stadium Island. Tickets for this match have fully sold out,Â though seats may be available via West Ham United's ticket exchange...