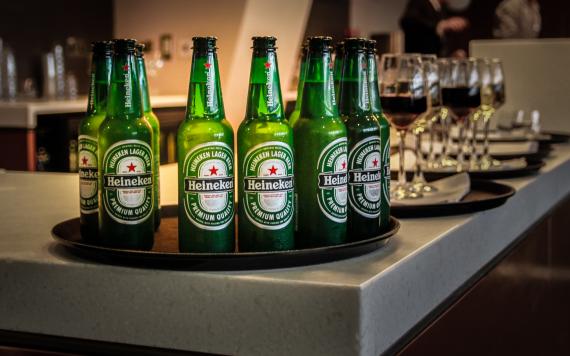 HEINEKEN and London Stadium have signed a five-year agreement that will see the brewer and cider makerÂ  deliver top class bars toÂ  the venue until 2021.

HeinekenÂ® and Amstel will be served at public and hospitality bars throughout London Stadium which is set to host West Ham United home games, 2017 IAAF World Athletics Championship &Â World ParaAthletics Championships,Â International Rugby League,Â music events, and is the National Competition Centre for UK Athletics. The Stadium has been extensively re-modelled since playing host to track and field events during the London 2012 Olympic and Paralympic Games.

â€œThere was significant interest from major brewing companies when we announced our pouring rights tender but the HEINEKEN proposal was outstanding and weâ€™re delighted to have agreed this partnership,â€ said London Stadium Chief Executive Linda Lennon CBE.

â€œOur key consideration was the quality of the beers and ciders for visitors. Our customers will now enjoy pints and bottles of the highest quality.

â€œHEINEKEN has an exceptional sporting pedigree and their knowledge of the infrastructure required to serve the perfect pint in a multi-use Stadium has proved exceptional.

â€œWe look forward to welcoming football fans, athletics supporters and concert goers to our bars and trust they will be suitably impressed by the quality of our offering.â€

HEINEKEN has made significant investment in stadium infrastructure and will support a series of initiatives to encourage supporters to arrive early and stay longer on event days.

HEINEKENâ€™s on-trade sales director, Chris Jowsey, said: â€œWith experience of top class sports sponsorship, including the London 2012 Olympic Games, UEFA Champions League and the Rugby World Cup, we know how to make sure every pint of beer and cider we serve is absolute perfection.Â  Weâ€™re looking forward to working in collaboration with the London Stadium and bringing world class bars to the venue.â€