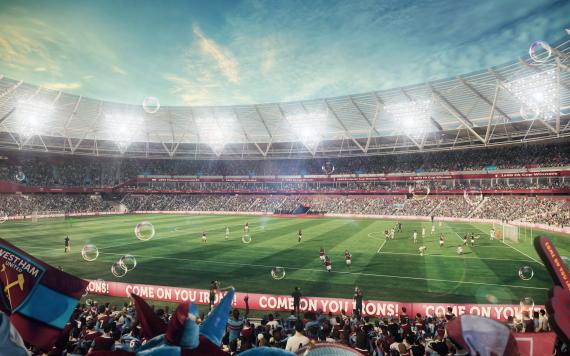 West Ham United and London Stadium are finalising the identification of 200 individuals who will receive stadium bans having been involved in incidents of disorder during West Hamâ€™s EFL cup victory over Chelsea.

Rapid progress has been made in the investigation with extensive CCTV footage being shared with West Ham United, London Stadium partners and the Metropolitan Police.

Banning notifications will be issued for offences ranging from the use of abusive and offensive language to missile throwing. In line with our zero tolerance policy, all those involved will receive a seasonal or lifetime ban depending on the severity of the offence. Footage is also being shared with Chelsea Football Club so they can take action in line with their own policies.

All stakeholders are united in their determination to pursue not only stadium bans but also criminal prosecutions against any individual found to be involved in incidents of disorder, where the evidence merits this.

â€œA small number of individuals were intent on becoming involved in disorder and are being investigated, identified and banned from London Stadium as a matter of priority.

â€œThe response of our safety and security teams was measured, fast and effective and we commend our stewarding and response personnel who were called to deal with several incidents of challenging behavior.

â€œIt must be stressed that the vast majority of West Ham United and visiting supporters have behaved impeccably and we are committed to ensuring that they can continue to support their team in a safe environment.

â€œWe wish to thank the genuine supporters who are behaving impeccably when attending matches at London Stadium for their fantastic support. We wish to assure them that we will work tirelessly to ban those who seek to affect their enjoyment and match experience.â€

A spokesperson for London Stadium Safety Advisory Group said: â€œThe Stadiumâ€™s safety certificate was granted after all safety plans were agreed before the start of the season. The extensive security and safety operation implemented by all partners was robust. Therefore, there are no plans to review the safety certificate or to reduce the stadium capacity.

â€œThe issues arising due to fan disorder at Wednesdayâ€™s game will be discussed at the next Safety Advisory Group (SAG) meeting. The SAG consists of Newham Council and London Legacy Development Corporation as the Stadium owners, London Stadium 185 as the Stadium operators and West Ham United as the primary tenant. It also includes the Met Police, London Ambulance Service, London Fire Brigade, British Transport Police, Westfield , Transport for London and the Sports Ground Safety Authority. The group will continue to monitor safety and security at the stadium and will advise partners to take further action when necessary.â€