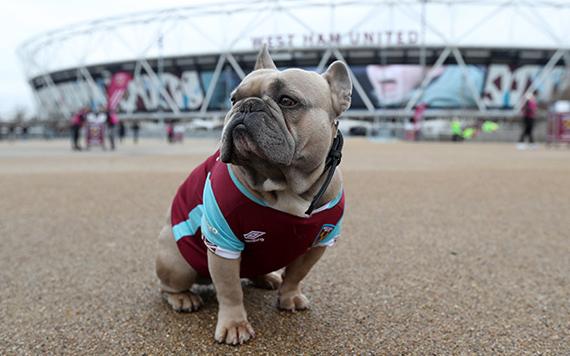 West Ham United return from the international break to host one of the biggest games in the season, with Tottenham Hotspur making the short trip to London Stadium on Saturday (12:30pm kickoff).

The visitors have been in the spotlight in the lead up to the match, their stuttering form culminating in the sacking of Mauricio Potchettino, and hiring of former Chelsea, Manchester United and Juventus manager Jose Mourinho.

The Hammers will be hoping to capitalise on the poor form of their visitors and secure a much-needed victory themselves.

For more information on testing, ahead of full launch early in 2020, read more here...

London Stadium is further expanding its cashless approach to matchdays, with, a number of kiosks becoming card only from this weekend.

Our cashless kiosks have led to quicker transaction times for supporters, further enhancing the match day experience at London Stadium.

Help our charitable cause:

After overwhelming support last season, we're proud to be welcoming back Isla's Fight to London Stadium, who will be collecting funds to help Isla Caton in her fight against Neuroblastoma. Keep an eye out for the collectors on Stadium Island.

Kickoff between West Ham United and Tottenham Hotspur is set for 12:30pm, with London Stadium opening the turnstiles for supporters 90 minutes ahead of the match, at 11am.

Supporters can take advantage of early access drinks discounts inside London Stadium ahead of this match, with deals available for the first half hour until 11:30am, and a late offer one hour post match.

Hospitality guests for the fixture can enjoy entry to London Stadium via Entrance B on Podium level from 10am.

We're adding a challenge for fans in hospitality, who can tackle the Crossbar Challenge Giant Chilli Nachos available in Boleyn Kiosk 1 and on the Bar Food Menus in all other lounges , with a four Beer Bundle available for £15. There's also the crossbar challenge meal deal for £25, allowing fans to share the giant Chilli Nachos and four beers.

Our earlybird discounted offers will be in place for the first half an hour after turnstiles open, with late bars offering a reduced price for an hour after the final whistle.