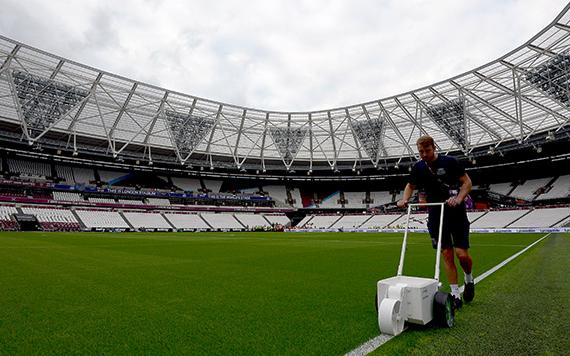 New year, new decade, new manager for West Ham United. After parting company with Manuel Pellegrini following their previous Premier League outing - a defeat at home to Leiceaster CIty - the Club announced the return of David Moyes as West Ham United manager. The first fixture for his second stint in charge of the club will be the visit of AFC Bournemouth to London Stadium on New Year's Day (kickoff 5:30pm).

For more information on testing, ahead of full launch early in 2020, read more here...

Kickoff between West Ham United and AFC Bournemouth is set for 5:30pm, with London Stadium opening the turnstiles for supporters 90 minutes ahead of the match, at 4pm

Supporters can take advantage of early access drinks discounts inside London Stadium ahead of this match, with deals available for the first half hour until 4:30pm.

Hospitality guests for the fixture can enjoy entry to London Stadium via Entrance B on Podium level from 3pm.

We're adding a challenge for fans in hospitality, who can tackle the Crossbar Challenge Giant Chilli Nachos available in Boleyn Kiosk 1 and on the Bar Food Menus in all other lounges , with a four Beer Bundle available for £15. There's also the crossbar challenge meal deal for £25, allowing fans to share the giant Chilli Nachos and four beers.