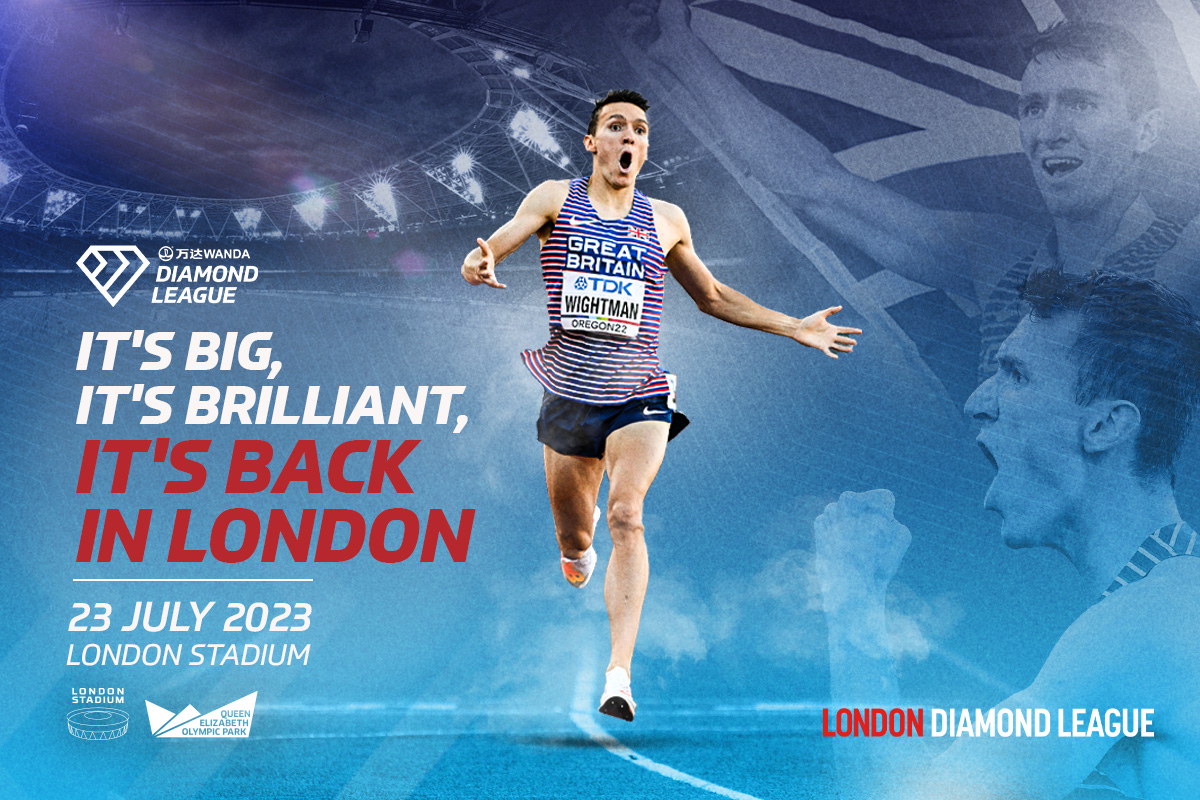 World Class athletics will return to the London Stadium for the first time in 4 years for the London Diamond League next July.

The stadium, which last hosted athletics with the 2019 edition, will welcome the best athletes from around the world in what will be biggest one day athletics spectacular of the year. It follows the sell-out crowds seen over the last week cheering on athletics in Birmingham at the Commonwealth Games, proving UK track and field fans also to be the best in the world.

Heading the fields will be stars of the GB & NI athletics team who will be using the event to fine tune their preparations ahead of next Summer’s World Athletics Championships taking place in Budapest 19-27 August. It will also be a celebration for some returning medallists from the World Para Athletics Championships taking place in Paris the week before. (8-17 July).

In addition to the World Class action taking place on the Sunday, UKA is also holding a festival of athletics to engage the local community, schools and clubs with a series of events from Thursday 20th – Sunday 23rd July.

Building on the success of the 2019 festival, 2023 will see a return of the successful London Borough Connect Relays, engaging youngsters from across the London area in a day of relay races. There will also be a sports day, including races for young para athletes, Club Connect relay races for local athletics clubs and a Couch to 5k race around the Queen Elizabeth Olympic Park finishing in the stadium.

Finally, the hugely popular ‘Legends Relay’ will take place within the athletics programme at the Diamond League event, with scores to be settled between some of the UK’s most successful and legendary athlete names following their 2019 battle.

Cherry Alexander, UKA’s Strategic Lead for Major Events said: “We are so excited to be returning to the Queen Elizabeth Olympic Park next year! The London Stadium holds such happy memories for us and seeing athletics return to this iconic venue is going to be fantastic for the best supporters in the world.

“It’s also great to once again be inviting youngsters from across London and the local community to participate in our Festival of Athletics. There is something for everyone to enjoy and take part in over the four days and we can’t wait to bring the sport back to the capital!”

Graham Gilmore, CEO of London Stadium, said: “We are absolutely delighted to welcome athletics back to the Stadium next summer, with the Diamond League sitting alongside our world-class calendar of events for 2023. In addition, the activities planned across the weekend of this prestigious meet will engage the whole community across Queen Elizabeth Olympic Park, as we continue to deliver on the legacy of the 2012 Games.”

Today’s announcement marks the first of the 2023 event programme for UKA, with more exciting events and venues to be confirmed in the coming weeks with cities from across the UK.

We are absolutely delighted to welcome athletics back to the Stadium next summer, with the Diamond League sitting alongside our world-class calendar of events for 2023