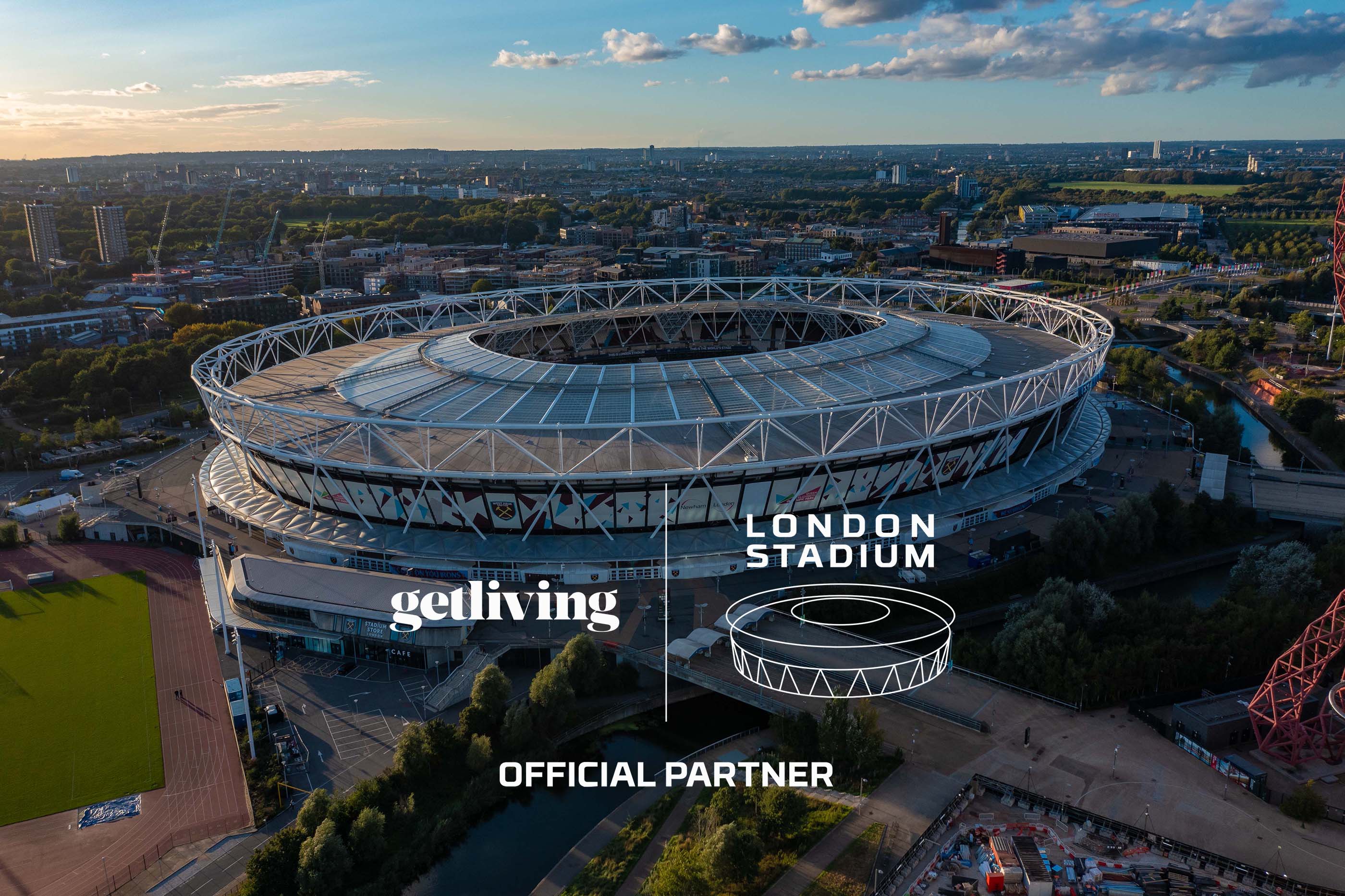 Get Living, an award-winning Build to Rent operator with a fast-growing portfolio, has become the first official lifestyle sponsor of the London Stadium in a partnership that cements the legacy of its East Village neighbourhood as an integral part of the London 2012 Games’ history.

East Village, now a thriving community in East London operated by Get Living, was formerly the Athletes’ Village for the Olympics a decade ago.

As a result of the partnership, Get Living residents across its London and Manchester neighbourhoods will receive exclusive benefits, including being able to win free tickets to the 80,000-capacity stadium’s events and make use of its community facilities.

Steven Osei, Head of Brand Experience at Get Living, said, “Ten years after East Village was home to both Team GB and international Olympians and Paralympians, we’re thrilled to be partnering with London Stadium to offer a golden opportunity to Get Living’s residents.

“We see this as an opportunity to provide our residents with memorable experiences, from sought after music events, stadium tours, and using the community track as a place for neighbours to come together for sporting matches and events.

“In just under a decade, the area surrounding the London Stadium has been transformed into a thriving neighbourhood, and this partnership is set to further build the sense of community that has developed there in such a short space of time.”

For this summer’s music concerts at the venue, all residents will be given first access to purchase tickets through Get Living. They will also be able to enter a ballot to win free tickets for each event. The partnership also includes stadium tours which will be organised by Get Living.

In addition, Get Living’s London residents will have exclusive access to the London Marathon Community Track and football pitch – as part of its free events calendar the landlord will put on sporting tournaments for neighbours to come together and invite friends and family to watch. The first event being organised is an 11-a-side football match on Sunday 24 April, with up to 200 local spectators invited to attend.

Graham Gilmore, CEO of London Stadium, said, “The partnership with Get Living demonstrates our commitment to residents in the local community at East Village and beyond, by providing exclusive access to our facilities and events throughout the multi-event calendar. We continue to forge strong relationships with organisations and businesses in our community, as part of the legacy of the Stadium.”

The partnership is the only one of its kind with the London Stadium, and will come as a free additional benefit for those living at existing Get Living neighbourhoods East Village, Elephant Central (near Elephant and Castle station), and New Makers Yard (Manchester).

“In just under a decade, the area surrounding the London Stadium has been transformed into a thriving neighbourhood, and this partnership is set to further build the sense of community that has developed there in such a short space of time.”