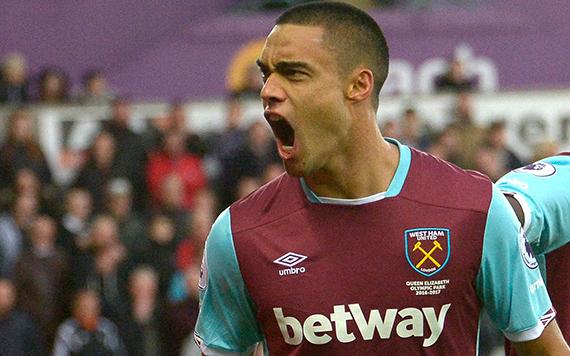 West Ham United host Tottenham Hotspur on Friday night, under the floodlights at London Stadium for the final time in this Premier League season. In the Hammers' penultimate home match of the season, they will welcome their city rivals knowing that victory could not only further cement their top flight status, but derail Spurs' hopes of catching Chelsea at the summit of the Premier League table.

With the match sold out, if you're attending London Stadium for the fixture, make the most of your trip with our information guide...

Kickoff between West Ham United and Tottenham Hotspur is scheduled for 20:00, with London Stadium opening the turnstiles for supporters 90 minutes ahead of the match, at 18:30.

Supporters can take advantage of early access drinks discounts inside London Stadium, available for those entering the ground before 19:00.

Hospitality guests for the fixture can enjoy entry to London Stadium one hour earlier, from 17:30.

Slaven Bilic's Hammers will face a Spurs side blessed with attacking flair. Harry Kane, Dele Alli and Christian Eriksen have rightfully taken the bulk of the plaudits from Mauricio Potchettino's men's rise to within four points of Champions-elect Chelsea. One man who'll be tasked with stopping them is Winston Reid, who is under no illusions of the size of the challenge at hand.

â€œHeâ€™s been able to do it in his second season, when sometimes you have young players who are able to do it for one season, and they canâ€™t sustain it.

â€œHeâ€™s done really well again and that says a lot about his ability, and you can say the same about Harry Kane.
Â
â€œIn the first season he broke through in 2014/15, he scored a lot of goals, then he did it in his second season and now heâ€™s done it in a third, so I think that shows he has some real quality.â€
Â

Home fans can collect tickets from the West Ham United ticket office, located on stadium island, while away tickets can be collected from the Northern Ticket Office. Tickets for this match are sold out, with limited returned seats available via West Ham United's ticket exchange.Â Find out more information here.

Please report all lost or found property to the nearest member of staff at London Stadium. If you are no longer at the venue, please email our customer services team at customerservice@londonstadium.com.

Any found items will be kept for two weeks, before being discarded.